Lists in the face

Posted on October 4, 2018 by emjayandthem

I remember being surprised at being invited to that executive’s retirement party given we’d hardly interacted.  I was around 27 and, looking back, a bit naive.

The night of the party, one of the (ancient) executive’s pals, in his toast to the retiree, joked about inviting “pretty girls like __(me)__ so we all have something nice to look at.” Their wives looked horrified and sad, most men chuckled, and I can still feel the rage at being reduced to “something.”

I know and have loved many wonderful men – decent, kind and gentle men.  I’m fortunate I can easily rattle off a long list including Grandfathers,  Great Uncles, Dad and his brothers, my husband and our sons. But I also have known – and had to work with – creeps.  And, in my experience, the creeps spoil the well for the good men.

Now, as a Grandmother, my Spidey senses are on FIRE whenever I’m out with our grandkids – both grandSON and grandDAUGHTER — I watch them like a hawk even though they aren’t “babies” any more.    I’m hyper-aware of everyone around us; if one asks to go off to another aisle to “see just one thing” we all go; it’s not up for discussion.

I’ve talked with the grands about good people and bad people, about trusting their instincts, and if someone makes them feel uncomfortable or unsafe to tell any of us, and that they will never be in trouble for doing so.  I worry about Social Media and creepy perverts who lurk in shadows everywhere.  But, as many of us know, creepy perverts were in our churches, schools, and communities long before Facebook or SnapChat ever existed.

I made a quick list of how experiences with creepy men has impacted how I live; the list wrote itself in minutes.

“Men often ask me, Why are your female characters so paranoid? It’s not paranoia. It’s recognition of their situation.” — Margaret Atwood, author of “The Handmaid’s Tale”

They never considered that I might not say yes

So here’s the thing with family – most are great but there are some who aren’t nice or maybe they  are sometimes nice but consistently behave badly… which to me means they aren’t … all that nice. Anyways…

People like this use others.  They appear when they want something.  They bring nothing to the party but drama, troubles and tears.

I’ve made a conscious effort to rid my life of them.  None of the ridding has been done without reason. And, it’s taken years, but I no longer feel any obligation whatsoever.

Such a relative has re-surfaced and this time is manipulating an elderly auntie to do her bidding.  To weasel her way back into our lives.

Here’s a recap of a recent phone conversation between me and said auntie:

Her: “I saw so & so the other day and we were talking about how nice it would be for all of us to meet up for lunch … so she suggested I set it up.”

Her: “Well she just really misses seeing you and it would sure be nice for me if we could all be together.”

Her: “Well it won’t be till later this fall .. so you have time to think about it.”

Me: (getting angry) “OK, here’s the thing:  I don’t trust her, I don’t like her,  and I don’t want anything to do with her.   She’s sneaking around and using you to get to me. I’m sorry this is not the answer you hoped for but please hear me when I say, no, I’m not going. Ever.”

Her: “Well you just think on it and let me know.”

As trying as the conversation was,  I can smile now.

Why?  Because, once again, I’ve learned that saying no translates into a big, fat YES… for me.

My spidey senses were tingling and for good reason!

What’s your strategy for dealing with snakes? Run? Hide?  Stomp? 🙂

The first real taste of life

Over time, most of us have found ourselves drawn into shaky scenarios, usually when we were quite a bit younger.  Me?  I’ve had many.  One that comes to mind is joining Columbia Record House at 14. Yep, for only a PENNY I got an incredible music collection!!  12 – count ’em – 12 brand new 8-tracks for just a penny!! (just buy a predetermined amount later at “regular Club House prices.” )  What a deal!    Yeah … not really.

Recently, our youngest found himself facing an “opportunity” that, to me, sounded a little too good to be true.  Kind of like winning a sweepstakes that you never entered. Hmmm…let’s just say that my “Spidey-Senses” were a-tingling.  I tried talking him through it and I tried talking him out of it, but to no avail. He believed.  He looked at me, with those eyes, so full of trust and youth ….so I agreed to go along and find out more information.

Ahead of our outing, the hubbs and I had several side conversations that went a little like this:

“You do realize this whole thing is bogus, right?”

“Because sometimes kids just have to learn on their own.” I replied.   “I have talked to him till I’m blue in the face; he’s heard me but he’s not listening.”

Now Hubbs and I agree on many things but sometimes we just parent differently.  He’d have said “No, it’s stupid, it’s a waste of time and you’re not going,” and that would have been the end of it…  in his mind.

Sometimes I am that abrupt but this time, something inside told me that it was less convoluted to tag along and let the proverbial chips fall where they may.

Arriving at our destination, I watched his eyes as he scanned the room of other young hopefuls nervously clutching the same paperwork as he.  I saw the look on his face when he realized that everything he hadn’t wanted to hear – was spot on.

I kept my trap shut.

Whispering, he asked if I wanted to leave.

“It’s up to you,” I replied, “but there’s no harm in hearing what they have to say.”

He grinned, we stayed; turned out, it was way bogus, as in really ridiculously-cornball bogus and later, he laughed.  What started out as a chuckle grew to tipping his head back in a full-out holding onto-his sides with laughter.

That afternoon, over cheeseburgers and a shared shake, we talked about the day and laughed over the absurdity of it all. Suddenly he stopped, looked me straight in the eye and said, “Mom … you were so right. How did you know?”

Smiling, I gave him a one word answer, “Experience.”

I never said “I told you so” and I didn’t poke his wounded pride by teasing him about it.

We shared the moment, he learned yet another life lesson, and that was that … with that. 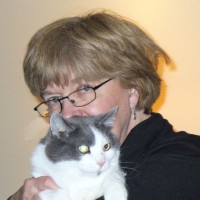 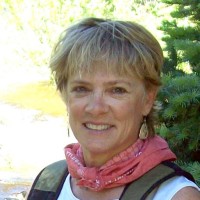 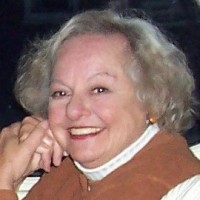 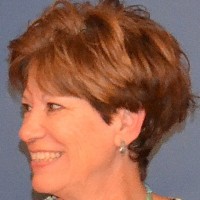 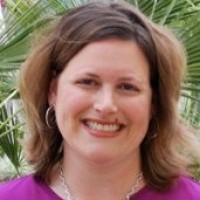 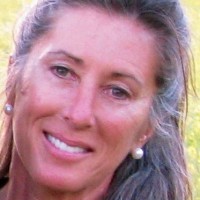 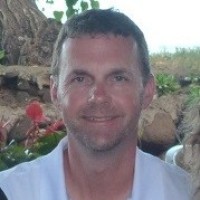